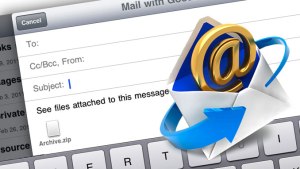 It is a surprise to many of our clients that the exchange of emails can constitute a binding Contract. The courts are frequently holding people to these Contracts and it is a topic that requires some careful consideration in times where email is the dominant method of communication. Stodgy old paper Agreements with a lengthy witnessing clause might get left on the desk when parties are talking. However, if there is sufficient dialogue and certainty of terms by email, that may be enough to create a legally binding agreement.

When parties are negotiating it is a real danger time and there are some rules that should be followed during those exchanges.

Although the Courts are often perceived as being backwards in regards to technology, they have in fact responded to this shift in communication by accepting email as a means of creating binding agreements.

Not all business managers have caught up with this trend and are regularly placing their company at risk.  It is a mistake to believe that what is said or agreed over email is not binding, and that a legally binding contract is only made when a formal written document is signed.

Take a look at some recent cases with us and let us know if you have a similar issue in your business.

EMAIL NEGOTIATIONS – BINDING OR NOT?

If you have started to negotiate by email but don’t want your emails to be a binding contract, then you must clearly state in your emails that “no binding agreement is formed unless and until a formal contract has been executed”.

If you don’t expressly state this condition, a Court is unlikely to read it that implied in your emails, is the intention to be legally bound.

In May this year, the Queensland Supreme Court held in Stellard Pty Ltd v North Queensland Fuel Pty Ltd1 that a binding contract for the sale of land had been made by email. Amazingly, both the offer email and the email accepting the offer referred to the offer being “subject to contract” and “subject to execution“. This was not enough to make the offer conditional apparently.

Following the email exchange, the buyer sent a contract to the seller for execution but it was not signed. The seller later withdrew from the deal and entered into a contract with a third party. This is where the problem started as the buyer had understood the deal to be done.

The Court found that within the broader context of the emails, the parties had intended to be bound immediately. This was the case, even though the parties expected to substitute the agreement with a formal contract containing additional terms. Essentially the guts of the deal had been agreed to and were not able to be refuted.

The Court was also satisfied that the emails met the requirement that a contract for the sale of land be in writing and signed, applying the Electronic Transactions (Queensland) Act 2001(Qld).

The Stellard decision was very similar to an earlier decision this year by the Western Australian Court of Appeal in Vantage Systems Pty Ltd v Priolo Corporation Pty Ltd2. In this case, it was held that a binding contract to lease commercial premises had been made by a series of emails, despite the emails referring to the offer as being “subject to formal approval“. You can see the problem and the pattern here.

In its decision, the Court was not influenced by the fact that the parties could not agree on a reinstatement clause and that no formal lease was ever signed despite the parties’ intentions to do so.

The ‘binding email’ trend extends to settlement negotiations between lawyers by email.

In late June, the NSW Supreme Court found a binding settlement agreement had been made by email between lawyers in Universal Music Australia Pty Limited v Pavlovic3.

The Court held that the lawyer’s email stating that the client would sign the settlement deed, combined with the rest of the communications and conduct, was enough to create a binding contract. Whoops! It is a very old practice to ensure that you state “this offer is subject to final instructions from our client” just to cover your backside.

Although it was intended that a deed would be signed (and it never was), the Court refused to imply from the emails that no binding agreement would be created until the deed was actually signed.

THE SEDUCING BY EMAIL

The speed and casual ease with which emails can be written and exchanged is their attraction. Matters can progress much more quickly and the issues narrowed faster using this method. The down side is the danger emails represent when they are used for contractual negotiations, and why parties frequently find themselves in binding contracts.

These recent cases show that Courts may be inclined to imply a binding contract is made even though it has not been formally executed. The courts view emails as a modern business tool capable of binding parties and clearing even strict legislative requirements such as having a paper document in writing and signed by the parties.(Property Law Act)

We say loud and clear, to all our business clients, it’s crucial to manage the risk of being bound by emails. Statements like “subject to contract” are not enough. Clearly and consistently state in your emails that no binding agreement is made until a formal contract is executed.

The content of this article is intended to provide a general guide to the subject matter. Specialist advice should be sought about your specific circumstances

Error: Twitter did not respond. Please wait a few minutes and refresh this page.

My views on the mechanics of law.